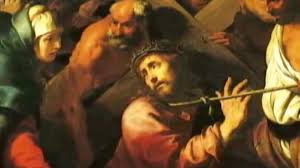 “The Passion of the Christ.”

It is a phrase we hear frequently this time of year.  It is a reference to the trial, torture, crucifixion, death, burial and resurrection of Jesus.  Yet we attach the word “passion” to describe it.  Jesus was passionate?!

How could he be passionate about:

Where is the sense in any of it?

It seems a contradiction of terms because it makes no human sense.

And here is the reason why:  our passions are about self-fulfillment while Christ’s passion was about self-emptying.

And what would be the ultimate act of self-emptying?  The cross. 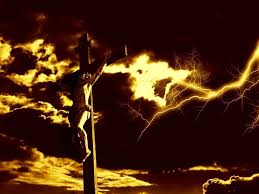 If you had only seventy-two hours to make all the previous hours of your life make sense, wouldn’t you be passionate about it?

Jesus could hardly wait!  Even though his disciples didn’t understand all that was going to happen, they sensed that going to Jerusalem was a bad idea.  But Luke tells us, “as the time approached for him to be taken up into heaven, he resolutely set out for Jerusalem.”  So passionate was he that no one could dissuade him from his appointment with destiny.

The ingredients that fueled his passion were:

His march to the cross would never have happened if he had not been passionate about it.  I shake my head in disbelief when I think about it.

Oh, what a Savior! Oh, Hallelujah!

His heart was broken on Calvary;

His side was riven,

He gave His lifeblood for even me. (lyric by Marvin Dalton)

One thought on “It Was His Passion”