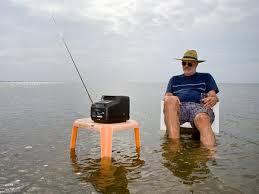 It began as a simple challenge to the family to find ways to cut household expenses, a normal step for many families during these economic times.

After a couple of weeks of reflection, for reasons unclear, I decided I would give up watching t.v.  Let me put this into context for you.  For the past ten years anyway, I’ve not been one of those people who watches t.v. for hours every day.  I haven’t watched t.v. news in at least five years.  Don’t watch network shows since Seinfeld went off the air.  My main t.v. watching was on Turner Classic Movies.  I just love old movies.  (I could write an entire article just on that topic!).  And I watched sports: NFL, college football and basketball, and the Atlanta Braves baseball games.  Oh, and of course I watched Swamp People!

Since I pulled the plug back in November I’ve watched the last half of the Super Bowl which I accidently discovered was playing free on the internet.  And I’ve watched a couple of movies via Netflix.  That’s it.

Despite what you might expect, this has turned out to be a surprisingly positive step for me.  I have not “white knuckled” it. Actually, I haven’t missed it.  There have been some surprising side benefits to this experiment, none of which are financial.

I’ve not become rabid about this change in my life, preaching to everyone to throw their t.v.’s into the lake.  It’s just a quiet decision I made that turned out to be an unexpectedly pleasant one.

What about you?  Have you ever done anything like this?  What are your t.v. habits?

2 thoughts on “Three Months Without T.V.”