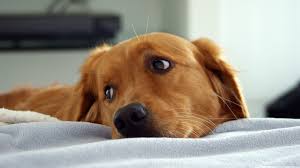 You may be surprised to find me using a Golden Retriever as a personality type in my series on Dealing With Difficult People, especially if you know me personally and know that I have owned two Golden Retrievers and how much I love the breed.

I’m also aware of Gary Smalley’s breakdown of personality types and his positive take on the Golden Retriever.

But take a look at it from another stand point.

Here is the “up side” of people with this personality type:

Here is the “down side” of people with this personality type:

Yes, that is no misprint.  The same traits of these people that everyone loves are also the traits that can be irritating and problematic.

Here’s why.  It’s impossible to learn what their opinion is about anything because they always parrot someone else’s position.  They don’t add any new ideas to a discussion for fear someone might disagree with them.  They are mindless drones because they feel safer in that role.  Being eager to please, they try to anticipate the direction a conversation is flowing, then will jump in the boat and start rowing furiously in the same direction.  Wanting to be liked by everyone, they believe the best way to achieve this is by always going along with the majority.  Their fear of conflict is so strong that they will outwardly agree, even if they inwardly strongly oppose the other person’s position.

How can you help them come out of their fear-based position?