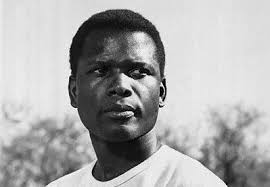 “Isn’t he that nigger actor?”

Yes, I meant to type that exactly as you see it.  But hammering it out on my keyboard felt like hammering tin on a barn roof; it left me feeling bruised and bleeding.

To find the guilty source for the kind of language used in the question, you have to look no further than me.  I offered my thoughtless question in response to a question asked by my tenth grade English teacher.  We were studying The Lilies of the Field, by William E. Barrett, and my teacher brought up the 1963 movie adaptation of the book, which starred Sidney Poitier.  She asked the class if any of us knew who Sidney Poitier was.  Without thinking, I asked my question.

The problem with speaking without thinking is that you don’t get a chance to pass things through a filter, a filter that modifies itself over time.  So you end up saying things in ways you used to talk, but perhaps no longer do.

The audible gasp around me told me I’d said something wrong.  I looked in front of me at the back of Emma Gardner, a sweet, gentle, black girl.  She would have been justified if she’d turned around and slapped me, but she didn’t have to.  I all but slapped myself in the face and yelled in my head, “You don’t live in Alabama anymore!”

Mortification filled my gut and shame blanketed my heart.  I wanted to take back what I’d said, but knew it would only sound patronizing.  I was still the outsider to these people, having recently moved to Tennessee from Alabama.

This all happened in 1968, forty-five years ago.  45 years!  It happened two lifetimes ago.

If you haven’t read my story about moving from the apartheid-like world of Alabama into the integrated world of Tennessee, you can click here and read it.  I’m not offering justification for what I said, but simply explanation when I say that the N-word was common fodder where I’d been growing up.  I’d never been around a black person, except the ones I watched picking cotton in a field behind our house.  (Yes, I’m that old.)

It wasn’t the first time, nor the last time, that my mouth would get me into trouble.  I’ve often done and said hurtful things.  I just hope that people won’t judge me today for what I did or said in my past.  I am not who I used to be.  I’m trying to evolve and become more like Christ as my understanding of him grows.

My wife grew up in Indiana and never learned to say “Yes ma’am” and “No ma’am.”  When she moved to Tennessee, part of the genteel south, at age fifteen, she stayed in trouble in school all the time for being “disrespectful” because she wasn’t addressing teachers properly.

If we want to be treated with mercy, love and grace (and who doesn’t?), then certainly we must treat others with the same.

We need to remember that what is most important about a person is not who they were.  What matters most is who they are.

Follow Stories With Heart on WordPress.com
Join 4,415 other followers