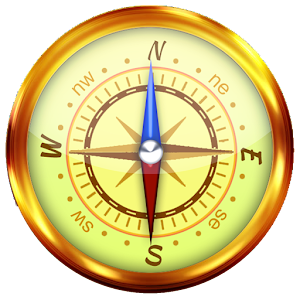 When I was a kid, depending on where we lived, I was often wandering through the woods with my dog(s) or exploring places on my bicycle. I could be gone for hours without alarming my parents or fearing for my safety. With my innate sense of direction (which totally eludes me when I’m driving now), I could always find my way back home. That is, except for one time.

We had recently moved to split-level house with a basement located in what was for me an unfamiliar area of Gadsden, Alabama. But that was no deterrent to my wanderlust. Very soon I headed out to reconnoiter this “new” country.

After walking around for about an hour, my growling stomach said it was time to head back to our house. I confidently struck out in the direction I believed would lead me home. But after thirty minutes I realized nothing looked familiar to me. I stopped and turned around slowly, trying to see the water tower that I knew was close to where we lived. It was nowhere in sight.

Back then I knew the sun rose in the east and sat in the west and that moss grows on the north sides of trees and creek banks. However that was the extent of my navigational aids. I knew what a compass was but never had one and probably wouldn’t have carried it around with me because I felt certain I could never get lost.

Which brings me to the point of this article: In life, what do you use to help you find your way? To aid you in making choices between right and wrong? How do you decide what is right and wrong? What is your Moral Compass?

As I glance at headlines in the Lifestyle section of USA Today and CNN, it appears that people today are enamored with and celebrate aberrant behavior. If anyone raises an eyebrow or an objection to some of these behaviors, the battle cry of “everyone has a right to do and be whatever they want” is flung back. And so, perhaps unwittingly, that is what has become the moral compass for the majority in America. The problem with that is there is no end to the depths of depravity the human in us will go. And so what begins as slipping on a few rocks from steps taken off of a trusted trail over a couple of generations of time, eventually turns into an avalanche that destroys everything in its path.

It is at this juncture in this article that many will quit reading because I’m going to propose what I believe to be the only safe Moral Compass that can lead our country back to where it came from – The Bible. Even those who don’t believe The Bible is from God cannot deny its staying power over the last 2,000 years, and that in spite of critics and naysayers. The principles contained in it have guided numerous cultures and nations. And while everyone may not agree on everything in it, there is consensus on its basic tenets of morality.

I hear many people saying the answer to our country’s problems is to return prayer in the schools. I disagree. I believe the answer is to bring respect for the Bible back into the home.

That day, many years ago, when I was lost, turned out not to be a disaster because someone (a stranger) saw me running down the road with dogs behind me and thought they were chasing me, not realizing they were hoping I could lead them back home to their food dish and water. Thankfully he stopped and, after I told him I was lost, pointed the direction that would take me home.

If we will let Him, God will do the same for us.

3 thoughts on “Your Moral Compass”

Follow Stories With Heart on WordPress.com
Join 4,415 other followers