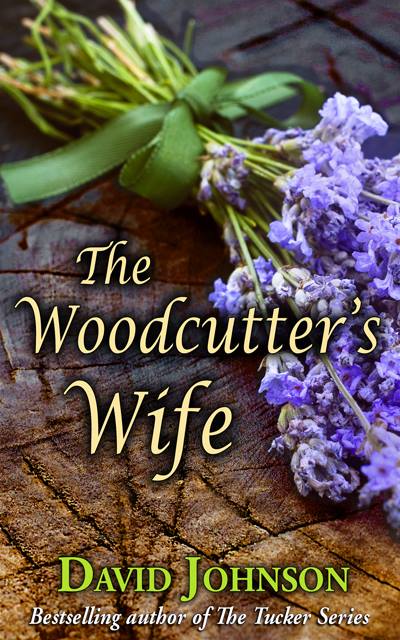 Struggling to catch her breath and with her face glistening with sweat, Mary finally made it to the top of the hill that formed one side of the hollow that she and William’s cabin lay nestled in. The top of the hill was no peak, rather it looked as if the top had been sliced off with a large knife, leaving a small, flat, half-acre area. In the valley to her right she saw an autumn fog lying over the flowing waters of Chickamauga Creek as it wound its way toward Chattanooga where it emptied into the Tennessee River. She watched in silence for a few minutes, then turned to face her final destination – a large, spreading American chestnut tree standing in the center of the clearing, with low-hanging limbs that seemed to bid her to enter their embrace.

The leaves crunched underneath her knees as she knelt underneath the tree and stared at four small, wooden boards sticking out of the ground. From a pocket on the front of her dress she withdrew a small book: In Memorium, A.H.H. by Alfred Tennyson. The book had become her constant companion ever since she purchased it a month ago. She’d never read anything that grasped the depth to which grief can take a person like Tennyson did.

She flipped through pages until she found the passage she was looking for and read it aloud:

Old Yew, which graspest at the stones
That name the under-lying dead,
Thy fibres net the dreamless head,
Thy roots are wrapt about the bones.

After returning the book to her pocket, she placed a goldenrod bloom at the base of each of the boards, then, slowly, she read the engraving on each of them, starting with the one to her left:

After reading the last one, she said, “You are the one I feel the most pity for because we didn’t even give you a name. I should have insisted, but your father, William, had decided that maybe it was bad luck for us to name a child before it was born and that was why none of your siblings survived. But I know the truth. The truth is that I am cursed by God. For reasons that I don’t understand, he has decided that grief will be my constant companion and that loss will follow me everywhere I go.”

She laid down on her back so that some part of her body was on top of each of the tiny graves of her children. Her long, thick, flaxen hair, tucked inside her cap, provided a pillow for the back of her head and framed her smooth-skinned face as she looked up through the branches of the chestnut tree. A single tear, a small reminder of the untold number of tears she had shed under this tree, slipped from one of her blue eyes and dampened the hair on her temple.

At least I’ll never suffer the pain of losing another child, if what the doctor said is true. And I’m glad of it! I’m soul weary of getting my hopes up and having them repeatedly smashed.

She knew that her barrenness was a bitter disappointment to William, and while she appreciated his efforts to hide it, there were times when he said things that made it clear he still wished for children.

There was a time she had longed for the joy of seeing her and William’s children grow and thrive and work alongside them on the farm, but when she learned that that opportunity had ended, she became determined to fill the void in her and his life by being the perfect helpmeet, working the farm side by side with him and having him teach her how to make the chairs, baskets, and tables that he sold during the winter months. And she would be his partner in cutting and selling firewood to people who lived in the nearby city of Chattanooga.

After a few more minutes, she arose, said goodbye to her children, and headed back down the hill. Halfway down, she paused to catch her breath and sat down on a large limestone rock that jutted out from the hillside. From her vantage point she could look down and see the cabin and barn. There was no sign of William, but she knew he was busy, probably still feeding the livestock or out hunting for meat for their table. A thin trail of smoke from the chimney of their house snaked upward toward the top of the ridges on either side of their hollow. As she followed its journey she took note of the rust-colored leaves of the sycamore trees, the hickory trees’ deep gold color, the bright reds of the red maples (her favorite), dashes of crimson from poison sumac, and the earth tones of the oaks.

Suddenly she heard the sharp snap of a twig close by, and jumped, every nerve alert and heart pounding. She turned her head this way and that until she spotted the intruder coming through the thick foliage. She frowned. “You startled me.”

William strode toward her, his rifle hanging comfortably in one hand. The cheeks of his ruddy face glowed bright red. “You don’t need to walk off by yourself without letting me know where you’re going. You gave me a fright. I’ve told you you need to be more careful. There is war all around us. What if I had been a Yankee soldier or a Rebel deserter? What would you have done?” With concern etched on his face, he sat down beside her.

It was a familiar chastisement, one that rankled her. “If you’re really worried what might happen to me, then teach me to use a gun like you promised to!”

“Yes, yes, I know. I just never think of it at the right time.” His dark eyes slipped from her gaze, and he looked up the hill. “Why do you go up there so often?” he asked. “It always makes you melancholy.”

She pulled her knees to her chest. “I’m fully aware of my melancholia. I live with it every day and don’t need you to remind me of it. I try hard to fight against it, and sometimes I win, but other times it is too overpowering. What I don’t understand is why you don’t go up there at all.”

“I just try to keep it pushed out of my mind and focus on what’s going on today.”

“I wish I could do that,” she replied. “I can’t help feeling like they are lonely. I don’t know if they knew they were loved. So I go up there to tell them about you and about me and how much they meant to us.” Suddenly, sadness, pity, regret, anger, frustration all fill her chest, and she feels if it is about to burst. I thought I was past all this. Perhaps the grief of losing a child never completely leaves a mother’s heart.

William laid his hand against her cheek. “You know,” he began, “the doctor could be wrong. Perhaps we can still have a child.”

Mary slapped his hand away. “I’m still not enough for you, am I? Why must women always be measured by their ability to give birth, not just by men, but by other women, too? It’s always the first question I’m asked when I meet a women for the first time – ‘How many children do you have?’ they ask. What I’d like to tell them is that I have four children, and then I’d like to take them up this hill and show them the markers and see what they have to say. And if they gave even a hint that my four babies don’t count, or if they looked at me like they pitied me, I would – ” her hands ball into fists. “I don’t know what I would do, but they would for sure never do it again.”

She sees the hurt on William’s face and knows she should apologize for speaking so harshly, but at the same time didn’t mind that he felt some pain. She always loved him, but sometimes, like right now, she hated him – hated him for not feeling like she did, for being able to push the pain so far away from him that he seemed unaffected by it, and there were times she hated him for continuing to insist they try to have a child, even after they had lost the first two.

She took a deep breath and let it out, in an effort to let go of her hatred and to grab hold of love. Finally, she said, “I’m sorry for how I speak to you sometimes and how I treat you. In Tennyson’s poem that I am always talking about, he says, ‘I sometimes hold it half a sin To put in words the grief I feel; For words, like Nature, half reveal And half conceal the Soul within.’ That is exactly how I feel. I don’t even know how to talk about how I feel.

“But this I know, you will never know how sorry I am that I can’t give you children. I know you wanted a son more than anything on – ”

William reached over and covered her mouth with his hand. “Shush, Mary Elizabeth. Don’t say another word. I know you don’t always mean what you say, because I know you love me. Losing your babies has changed you, but I know that the woman I married is still in you and will live and breathe again some day. I should be apologizing to you. I shouldn’t have said what I said to you. It was thoughtless of me. To be blessed to have a wife like you, the most beautiful woman in the land, is more than I could have ever dreamed of. If it is God’s will that we have no more children, then it is my place to accept that and be content with it. And I promise you, I will.”

It was hard for Mary to appreciate William’s attempts at easing her burden, because all that she could hear him say was that he would accept her barrenness, not that he had accepted it.

(To order your copy of this heart stopping historical romance by best selling author David Johnson, click on this link  )

6 thoughts on “The Woodcutter’s Wife – chapter 1”