(All of my books are available at Amazon Author page: amazon.com/author/david_johnson)

The Tucker series is one of the best-selling series on Amazon and has over 5,000 reviews.

After enduring a childhood of horrific abuse and crushing poverty, Tucker seeks refuge in her rural Tennessee home. The three grandchildren she is raising are her only connection to the outside, and her demeanor is purposefully rough. But her world is turned upside down when a new neighbor, Ella, moves into the old McDaniel place next door.

Ella seeks solace on the same country road after overcoming cancer. Although she is Tucker’s peer agewise, she was raised in a world of privilege and opportunity. Still, Ella shares a tragic part of Tucker’s experience—she also suffered abuse. Hers was at the hands of her husband, a prominent judge in the community and Tucker’s sworn enemy.

When Tucker finds herself at risk of losing custody of her beloved youngest grandchild and worse, the child’s mother is murdered, she draws support and strength from her new friendship with Ella. These two women from disparate backgrounds form a fierce bond, and they weather life’s storms together with faith, love, and determination.

In the second installment of the gripping Tucker’s Way series, Tucker faces the biggest crisis of her life.

Tucker has finally overcome a lifelong fear of trusting others and let her kind neighbor, Ella, into her heart. Despite their different backgrounds, Tucker and Ella share a deep affection and, together with their good friend Smiley Carter, they support one another and care for Tucker’s three troubled grandchildren.

As Tucker’s bonds with Ella and Smiley deepen, Tucker’s grandson disappears and the bank threatens to foreclose on her farm. Then the worst happens—Ella is diagnosed with lung cancer. How can Tucker find her faith during a time when God has never seemed farther away?

Eight years after losing her closest friend, Tucker struggles to keep her rebellious, self-destructive granddaughter under control. When April accidentally kills her boyfriend while defending herself from his attack, Judge Jack helps Tucker ferry her granddaughter away to Spirit Lake, a remote treatment facility in the mountains of eastern Tennessee. There, April creates a false identity, painting herself as a young socialite, and blocks Tucker’s attempts at communication.

In the fourth book of the Tucker series, Tucker’s grandson March is at a crossroads as he tries to reconcile his troubled past with his hopeful future. Debbie has given March her heart completely, and though he loves her desperately, he struggles to fully commit to her.

Meanwhile, it seems as if evil is stalking March’s family. An old nemesis comes looking for him and, frustrated in his search, takes Tucker hostage. March’s sister, April, is also in peril after her workplace crush turns ugly and she unwittingly finds herself in harm’s way, becoming the victim of an unspeakable crime.

Can March rescue Tucker, help April, and finally put his past to rest, so he and Debbie can find the happiness they both deserve?

In the final chapter of the Tucker series, David Johnson introduces us to a new family – a family in need of the kind of help that only Tucker and her family can give.

Benjamin Trevathan, who has Asperger’s Syndrome, and a speech impediment, is a boy saddled with adult responsibilities in the midst of his dysfunctional home. He provides the majority of care for his younger siblings and for his mother who is sick with cancer. His stepfather stays gone for days and weeks on drinking binges, only to come home to take out his anger and frustration on his family. This family’s nomadic life brings them to the house that Ella used to live in beside Tucker.

Tucker sets her sites on the evil stepfather, while April, who has returned home with her own complications to live with Tucker, identifies with Benjamin’s struggles with being teased and bullied and decides she can help save him from self-destructing.
This is a story of simple people engaged in heroic acts, the kinds of acts that change people’s lives. 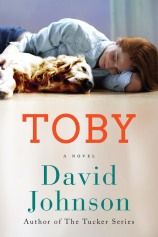 Symphony Nelson has weathered more than her share of hardships—in part thanks to the faithfulness and affection of her adopted puppy, Toby. Her formerly chaotic life seems to be settling down, until a peaceful walk in the woods leads Symphony and Toby to the reclusive cabin of Caleb Showalter, who knows more about her past than he’s telling.

When an old friend resurfaces and expresses his affection, Symphony warily longs for love, and it is Toby that nudges her toward pursuing a reconnection. But when violence strikes at the hands of her possessive boyfriend, Symphony’s trust is shattered once again.

Just when Symphony’s faith in humanity seems lost, Toby is injured in the woods, and she has no choice but to reach out to Caleb for help. Together, they face their fears and lost trust head-on. If they can save Toby, they might be able to let go of the past and to believe in the goodness of others—and themselves—once again. 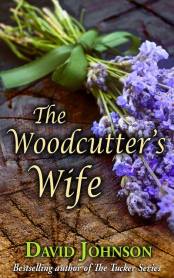 Set against the backdrop of the Civil War comes a tale of love lost and found.
Mary Thomson is no ordinary woman. She works alongside her husband William cutting firewood to sell in the city, earning the nickname “The Woodcutter’s Wife.” She kills a bear with her bare hands. And she prefers plowing a field to cooking a meal. The one thing she cannot seem to handle is the melancholy that has enveloped her. Mary lost four children before they were a year old, and the doctor says she will never be able to conceive aga.
Mary’s world flies apart when William disappears, leaving her with the arduous task of tending their farm by herself. Using her fierce independent spirit to cope as the war rages around her, she finds help in the form of a freed slave who offers his help. But fate throws her another dramatic curve, forcing her to make the most difficult choice of her life. 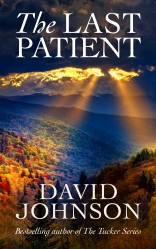 Two people, filled with long-held and covered-up secrets, one, Maggie Stinson, who is about to retire from her job as a hospice social worker, and the other, Israel McKenzie, who is “retiring from life” because he is dying, cross paths and find themselves on opposite sides of the question, “Why do bad things happen to good people?”
As Maggie tries to help Israel repair the scattered pieces of his broken past, she finds herself having to face her own long-buried demons. But what the two of them discover is a secret that has been hidden from them their whole lives, a secret that once discovered changes both of them forever.
The Last Patient is a story about regret, truth, and redemption.

Roscoe Ransom returned home from World War I, broken both in body and spirit, drowning his pain daily in a bottle of whiskey. But even alcohol can’t numb the agony of losing his wife or the fear of trying to raise his son, Junior, alone. However, the mind-numbing predictability of Roscoe’s life as a sharecropper and his role of town sheriff—a job given to him out of pity when he returned from the war—is suddenly upended when a black man in their tiny community is murdered and castrated.

At eleven years old, Junior longs for his father’s love and attention to fill the void left by the death of his mother, but the person who has grown to fill that role is Willow Muscadine, a Cherokee Indian woman, who lives next door. When she sees him trying to locate the killer that his drunken father can’t—or won’t—find she decides to become Junior’s self-assigned protector. Junior overhears enough in town to realize this was no random murder of a black man. But the more questions he asks, the more dangerous the situation becomes for him, Roscoe, and Willow.

When the threats turn deadly, will it be enough to shake Roscoe from his misery in time to save them and find redemption? Or will his personal demons once again win until he’s lost everything and everyone who cares about him?